When you book with an account, you will be able to track your payment status, track the confirmation and you can also rate the tour after you finished the tour.
Sign Up
700

Hagia Sophia: First builded as church during the Roman times and then converted to a mosque by Ottomans and now serving as musuem, Hagia Sophia (the Church of Holy Wisdom), undoubtedly one of the greatest architectural structure in the world.

Blue Mosque: Built between 1609 and 1616, Sultan Ahmet Camii nicknamed as The Blue Mosque by foreign visitors because of its picturesque blue tiles surrounding the walls of interior design is one of the prominent silhouette of İstanbul. Facing the Hagia Sophia and the Byzantine Hippodrome, Blue Mosque is one of Istanbul’s most iconic historic sights and an essential part of the city’s skyline with its six magnificent minarets.

Byzantine Hippodrome: During the Byzantine and Roman Empires, Hippodrome has been the prominent center for entertainment, sports and political activities in the city. While exporing the area you will be able to see some relics such as; the Obelisk from Egypt, Walled Obelisk Serpentine Column from Delphi and Fountain of William II.

Topkapi Palace: The great palace of the Ottoman sultans from the 15th to the 19th centuries housing an exquisite collection of cyrstal, silver, and Chinese porcelain, robes worn by the sultans and their families, the famous jewels of the Imperial Treasury, miniatures, the Holy Mantle; enshrining relics of the Prophet Mohammed.

Basilica Cistern: Constructed for Justinianus I, the Byzantium Emperor (527-565), Basilica Cistern is one of the magnificent ancient buildings of İstanbul . It was constructed using 336 columns, many of which were salvaged from ruined temples and feature fine carved capitals. Its symmetry and sheer grandeur of conception are quite breathtaking, and its cavernous depths make a great retreat on summer days. One of the most attractive features of this Cistern are two Medusa heads positioned as pedestals for columns located at the end of the Cistern.

Grand Bazaar: : Built by order of Mehmet the Conqueror in 1461 the colourful and chaotic Grand Bazaar is the heart of İstanbul’s Old City and has been so for centuries. The oldest and the largest covered market place in the World with nearly 4.000 shops full of rich collections of carpets, jewellery, leather, and souvenirs. 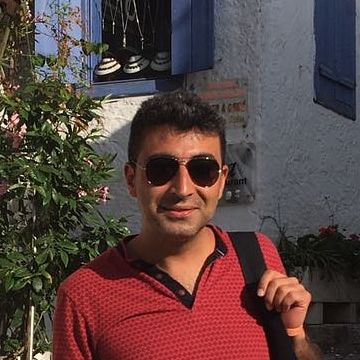