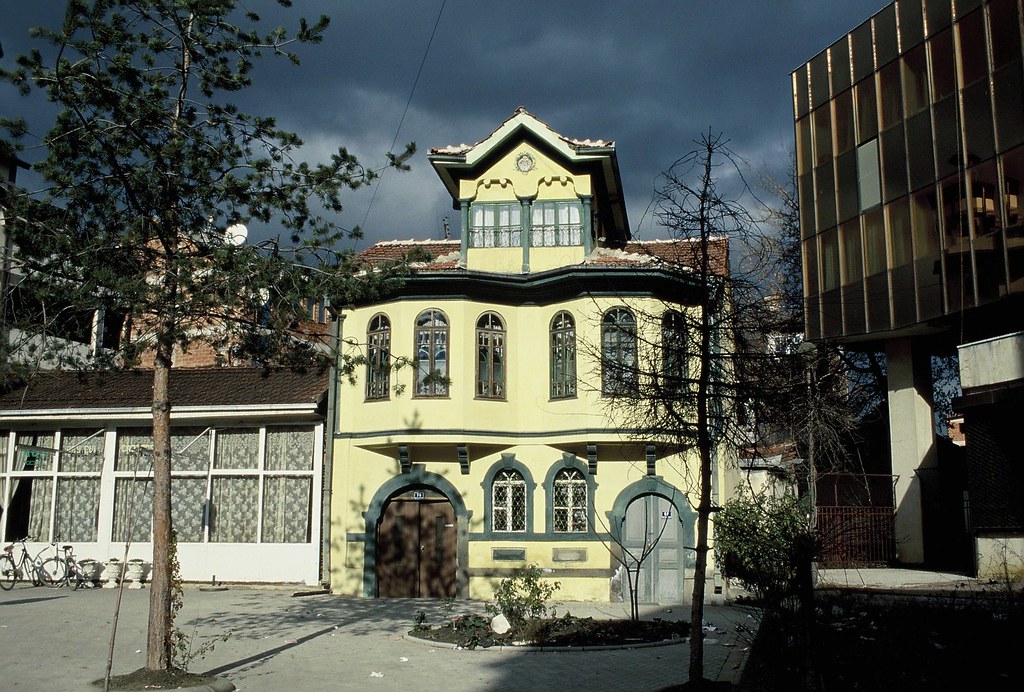 The house of Daut Boletini or the so-called Bey’s House was declared a cultural monument. It is a unique example of the authentic Old Town architecture of the 18th century and is one of the most significant cultural and historical landmarks in the Gostivar. Also, this house is a rare example of architecture from the Ottoman period, as a facility of the cultural heritage of Macedonia. . The building in the past has been a complex with two separete houses “selamlik” (house reserved for men) which through a passage joined the “haremlik” (sequestered livin quarters used by wives). Selamlik has been set along the road and with small courtyard in front. Aside, in the eastern part has beem attached to another building, while in the western side is the passage for entering in the interior of the courtyard. The entrance to the yard of the haremilk is through additional passage.

The building has only one impressive facade, as for the rest it can be said to be “blind”. In the northern facade there are two windows in the second level and one in the basement. The house consists of the ground floor, garret ad the observation tower. In the main facade emerges the gate with two wings, simply decorated with bows (vault) semi-circled, which are shown on the doors and windows of the facade. The gate on the left corner is larger and serves as an entrance to the passage, whereas on the right corner is smaller and is for entering in the house.

Over three stairs is the access to the closed porch. The vestibule is a communication area, and on its left is the guest rooms (halveti), on the right are the stairs which take to the garret. The guest room is used for reception of guests in the winter period and it sands in front of the house, on the main facade. The windows from this house are rhymed, three in each room. The windows are bilateral, from the outside are in the from of a rectangle complete in the form of a half circle, and from inside are two sided with decorative glass. Lighting is done by a window located on the north side of the wall which is overlooking to the courtyard. Ceilings are flat, made of planks, in a simple way with profiled boards and in between apperas decoration with rosette performance.

From the enclosed porch, throught the wooden narrow stairs is the access to the narrowed corridor which takes you to a small room. The purpose of this chamber may have been intended as a place for observation. The observation place (Belvedere) is located on the two rooms of the garret out of the southwestern front facade. As a crown of all the construction is the Belvedere’s roof, which is two-sided with a broad peak broad and outlined, and at the front part of the facade is displeyed the tambur (long necked string Turkish instrument).

Get away to Gostivar! Enjoy the old architecture, culture, mountains and more.