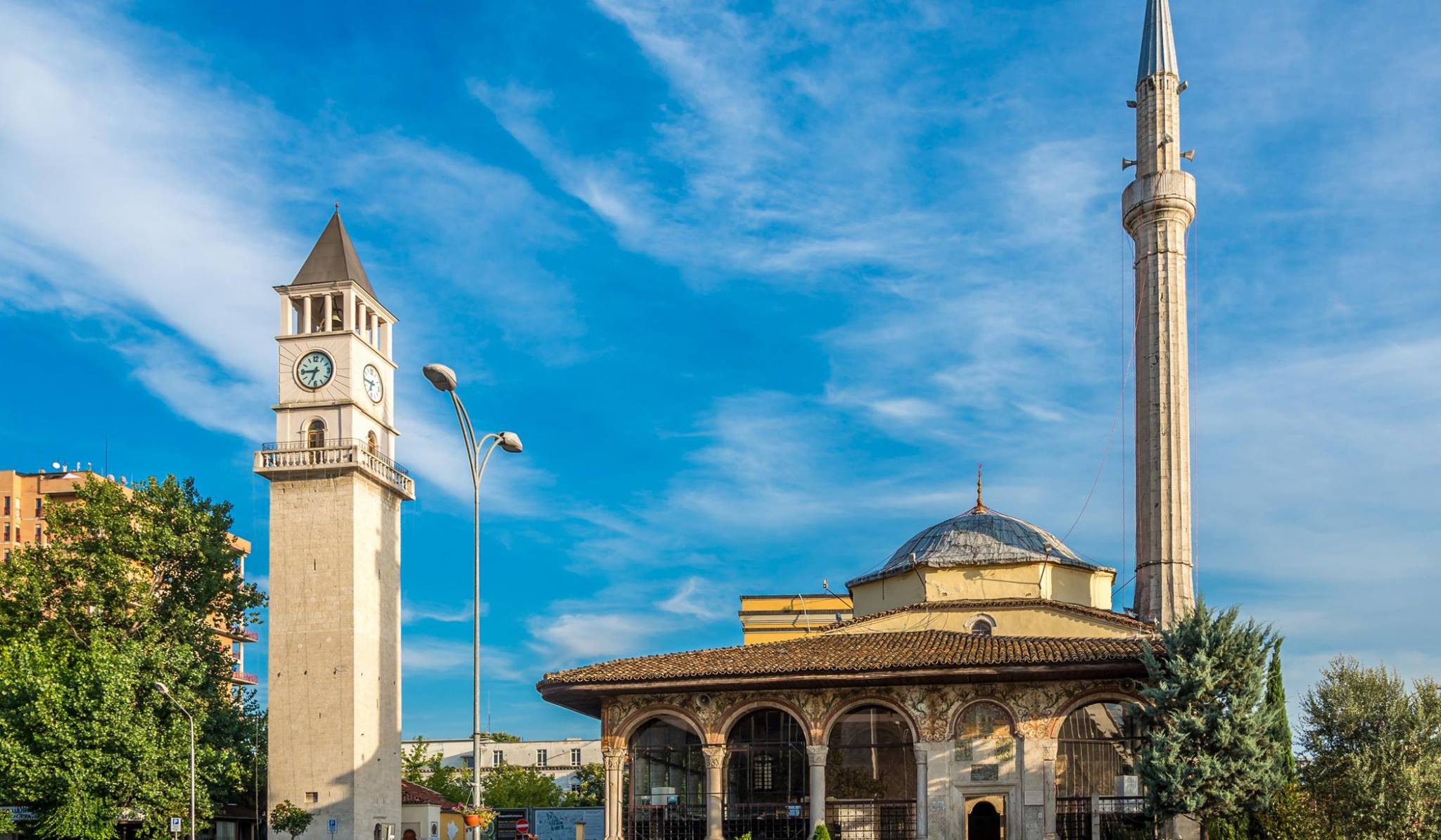 Islamic monuments in Macedonia are spectacular buildings, which have been telling the story of the Ottoman Empire’s wealth and magnificence even to this day. In the late 14th century, Macedonia was part of the Ottoman Empire, which was one of the largest empires in the history of human kind. Ottomans were present in Macedonia for full 5 centuries (until 1912) influencing the culture, religion and architecture of the entire Balkan Peninsula. The Clock Mosque is located in the central part of the town of Gostivar and was built in 1676. The mozque of Ebu Beqir has been ruined and then rebuilt by his uncle Ismail Aga. The Clock Mosque as a architectonical structure belongs to the clasical forms of construction. The mosque is tinned covered has rectangular base, and the minaret which emerges from the southwest wall is in polygonal form.

The Minber in the clock mosque stands on the right side of the southwest wall, entirely made of white marble. The rails are decorated with geometric shapes that are interwined in nine angles with one another and they create the hexagonal star which gets repeated several times in a regular geometric shapes. Qursi (Kjursija) is an element made of marble, has the same decorative details as the minberi and mihrab. The upper part has pentagonal empty shape adjacent to the wall, on the left sideis a open and serves as an entry for the religious instructor.

Atached to the Clock Mosque was built the Madrasa, a dormitory for students from nearby villages, as well as the library. Arcitectonical and stylistic elements indicate that the structure is dominant since the seventeenth century and represents a monumental work od the Ottoman architecture.

In the architectonical formation of the building’s facade are visible the impacts of classical Ottoman architecture styles of the seventeenth century. The decorative elements of the facade are not very visible, but they appear in both angular sides and between the pillars and windows. The decorative elements around the windows frames and the thin bar marking the horizontal line, are made of mortar. Organization of the interior of the building is particulary separated and that leps its functioning there are teaching premises inside, administrative center and recreation palces, all located at the front part of the building at the main facade. Special about this building is the preservation of the authentic condition, integrty and its relative time of three centuries.

If you like to revel at some entertaining site or cherish the marvels of age-old architecture at historical monuments, museums and buildings, Gostivar is your go-to destination.