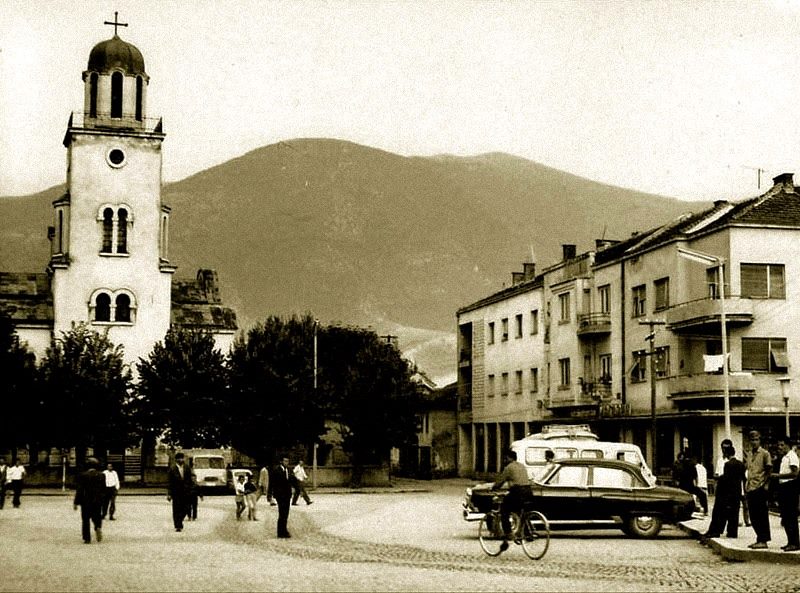 Gostivar’s clock tower is one of its main symbols, found on both the city flag and coat of arms. It is situated in the central angle of Gostivar. Clock Towers offers a magnificent view of the Otoman architecture, and this historical and cultural monument. With it’s architectonical, typological, and stylistic features, merits a particular historical value. This structure has resisted various disturbances at times and it preserved all it’s authentic forms of construction.

Regarding the time of the construction of the Clock Tower, it’s otulined by Mehmed Zeki Ibrahimi in the Magazien “El Hilal” in October 1988, who claimed that it’s architectonical and stylistic elements belong to seventeenth century. At the time of its renovation, made in 1834, at the entry door is put a slab with an inscription in Otoman alphabet, where it is written that the donor of the Clock Tower is Ismail Aga, the son of Haxhi Jusuf Aga. At the time when the Clocк Tower was built, all the other city facilities were lower, so the Tower was exposed to the air as dominant with its tranquility and silhouette and was also as organizing factor of the city.

The Clock Tower of Gostivar, in the beginning it had only its mechanical clock and the Bell that with its sound recorded the time. According to the spoken word of the eldest people of Gostivar, The Clock Tower, particularly ots wooden construction was burned at the time of the First World War. According to a picture what is stored by the citizens of Gostivar, from its previuos form are left onlu the bare stones of the walls of the Tower. During the recontruction performed in 1986, by the Office for the Conversation of the Cultural Heritage, changes were made as regards the order of the components, againts which changes the author Mehmet Zeki Ibrahimimade his own remarks as there was done a cluster of Islamic -byzantine achitectural elements .

The basics of the Clock Tower is in the shape of the square and it appears in 5.60m x 5.60m dimensions, built of stone worked with mortar joints associated with limestone. The four corners of the tower are built with limestone that affets both the stability and the aesthetic appearance of the facility. On the southwest side is the entrance door of the Clock Tower, and form a small space in the middle section are placed the wooden stairs, allowing the passage into the six levels of the facility. For the pupose of the lighting of the sapce there is placed a window in every second dwelling of the Tower. Its quadratic form of the tower with an height of 6.8 m gets transformed into a octagonal body that reaches a height of 13.70 m, ending up with a simple tiny wreath tinned with coated copper.

On the octagonal prism of the stone it is built another wooden octagonal prism, where mechanical clock stood. The point where the stone construction and the wooden construction join together are divided by edges. The eight pillar and the pyramid roof form the small garret, and also in the middle of the roof rises an open drum and a small one with eight wooden pillars where the bell of the clock srands. The wooden part of the Clock Tower is covered with the reconstruction which was done in 1986, and throught this is managed to preserve its old outer appereance. The materials used for the contruction of this building specifically divide the tower into two parts, which are beautifully integrated with the surrounding area, and in this way its architeconical and cultural magnifience is expressed.

With the recent reconstruction that was done by the National Center for Conservation in Gostivar, The Clock Tower attained a new treatment enabling a revival of the facility as the center of the cultural events in the town.