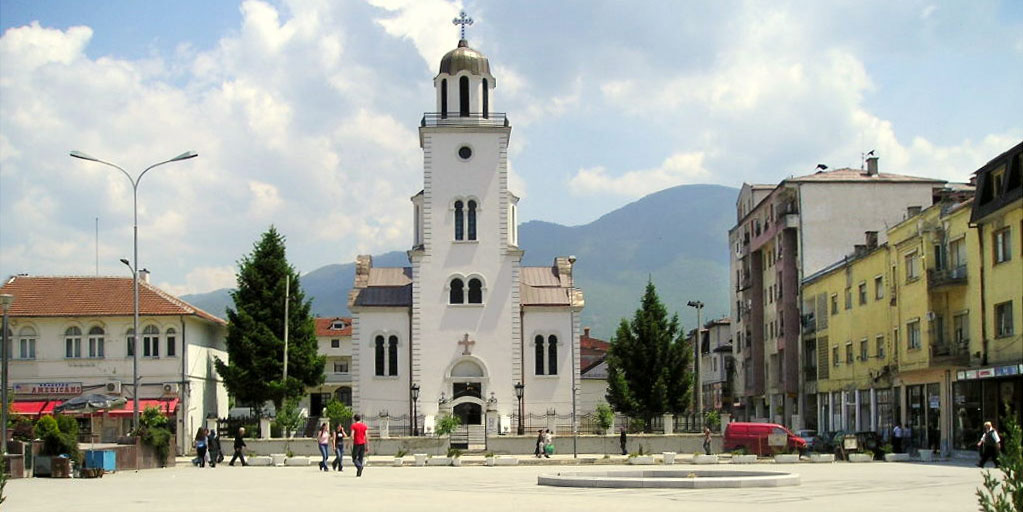 Looking for places to visit in Gostivar? Gostivar is well-known for its scenic beauty and all you have to do is take a look at the top places to visit in Gostivar in order to plan your itinerary. Explore Gostivar like you have never before and know about many hidden gems of the place. Through this well-researched list, learn about the most happening places for a truly enjoyable time.

Constraction of the Cathedral “Dormiton Of The Mother of God Cathedral” began in 1915, during the First World War, when Macedonia was under Bulgarian occupation. In 2003 there was a complete renovation of the facade and the interior of the Cathedral Church od the Virgin Mary. Prior to that was replaced the cartrige with copper, entire isolation was made, floor tiles were replaced with granite ones and prior to that was set floor heating. The structure is displayed as as developed type of church with a cross, a central dome, a dome above the developed narthex on the western side and a bell tower. The central dome is held by four massive pillars. In the composition of volumes of this building prevails the belfry laying out the western front facade of the structure. Тhis monumental building, as one of the first major buildings of its kind buit in Macedonia inflicts very specific stylish articulated expressive language.

In the eastern part of the town of Gostivar is the oldest church St. Dimitrija. In the middle age in its place a large monastery existed. During the Turkish conquest the monasery in this region was destroyed. In 1840 this church was built on the foundations of the ruined monastery. In the middle of the main apse is located the honest table above which stands the crucifixion of Christ in larger size. The walls of the of the alter are not depiced. The have of the church consists of four pillars with massive size that are built into the foundations of the side walls of the nave and on the pillars is laid a large dome. The basement of the church was built of smaller marble tiles, and the walls of the church are wide and built of stone curved blocks and lime mortar and the roof with red tiles. Fot the second time the depiction in the church was revitalized in September 1976 at the time of the Metropolitian Mr. – Mr. Kiril and with contrabution of the relogious prota Eftim Popov and church board of the Gostivar city at the time.

The architecture developments are built by respecting the principles of Islam which prohibits the depiction of human and animal figures, condemning them as idolatry. Such an example of the Otoman architecture is found in the House of Ahmed Cako, located in the center part of Gostivar. Accordint to data from the owner of the house and the architectonical elements it can be concluded that the facility was built in the mid eighteenth century. The characteristic of the house is that in the middle of the facade is displayed the “qushk” (open garret) bent with a view towards the garden of the house which does the disclosure of the house and interactswith the basement. Although in this house since its building renovations are carried out in different time periods in its structure it possesses all the characteristic elements layered and it is an holistic consttuction with achitectonical value.

The Mosque in Raven, is located in the southest of the village. According t oword of mouth and its simplest form, and this mosque was built around 1830, in the first half of the nineteeth century. Based on the same sources, the mosque was originally built in a simple form with wooden minaret and straw roof. In 1913, the mosque is afficted by a fire and as a result caused the need to intervene in the straw roof, by makeing a new tile roof, and in 1975 was built the minaret. The mosque is in the shape of a rectangle and consist only of the ground open flor. Its constructive system of the mosque is trditional. which means that its foundations and walls are built of stones, structure of the roof is made of wood. The roof stretches on four conrers of the facade covered with tiles.

Regarding the construction of the mosque in the village of Simnica is no written evidence, s will realy only on spoken word sources, according to which the mosque was built in 1850. Based on the same sources, the mosque was initialy built in simple way without minaret and with a straw roof, whereas today’s appearance has been later gained by the partial inteventions. The mosque consists of a one rectangle structure. Its constructive system is traditional, with foundation and walls built of stone, and the roof structure is made of wood. The interior space is illuminated by the windows located on four sides of constructive walls, wall surfaces are decorated with mural paintings, and qoutes from the Koran.