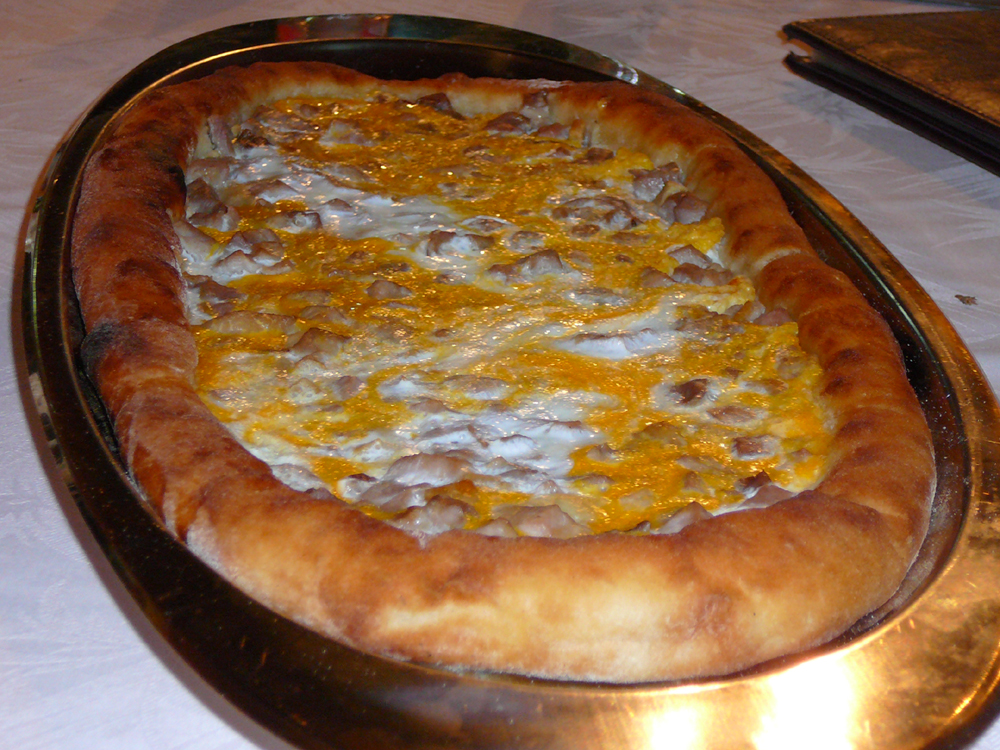 Veles – the city of many amazing things, and one of them is the cuisine. This fascinating city in the center of the Macedonia has a lot of traditional dishes that are simply mouthwatering and quite filling honestly! There are many such dishes, but the best of the best are listed below:

Pastrmajlija or “pita” (pie), as known in Veles, is a dish made of soft baked dough with small pork meat pieces, spiced with dried mutton meat kept in salt, and eggs. The dried meat used to be prepared around Mitrovden (St.Dimittri’s Day) when sheep and goats were slayed. Due to the lack of modern appliances for keeping the food gresh, the meat was put in a kache (a small barrel) with brine, where it was kept for months. Before preparing the pitas, meat was washed with water (to desalinate it) and it was dried on beams over the fire place. The secret of the dough, as gastronomes say, is in the manner of baking: it is baked in a traditional oven at a very high temperature and for a short time. It is one of the rich winter months. Today, as a tourist attraction, you can find it in the restaurants at any time. In the honour of the pastramajlija, the local self-governance of Veles organizes the traditional manifestation “Veles ppitad” each year where you can sample and enjoy many pies, wine and various pastry.

Pacha (Piftija) – Aspic is a meal that proves the Macedonian saying ”do not throw anything”. It’s a traditional dish in Veles and MAcedonia usually served in winter. It is usually prepared from pork meat with less quality for example: head, knee and tendon, but there are variants where smoked meat is added. This type of food is recognizable on the Balkans. The aspic in Macedonia is also associated with the Christmas dinner table. It is a custom to make it on January 5th and to eat it at Christmas.