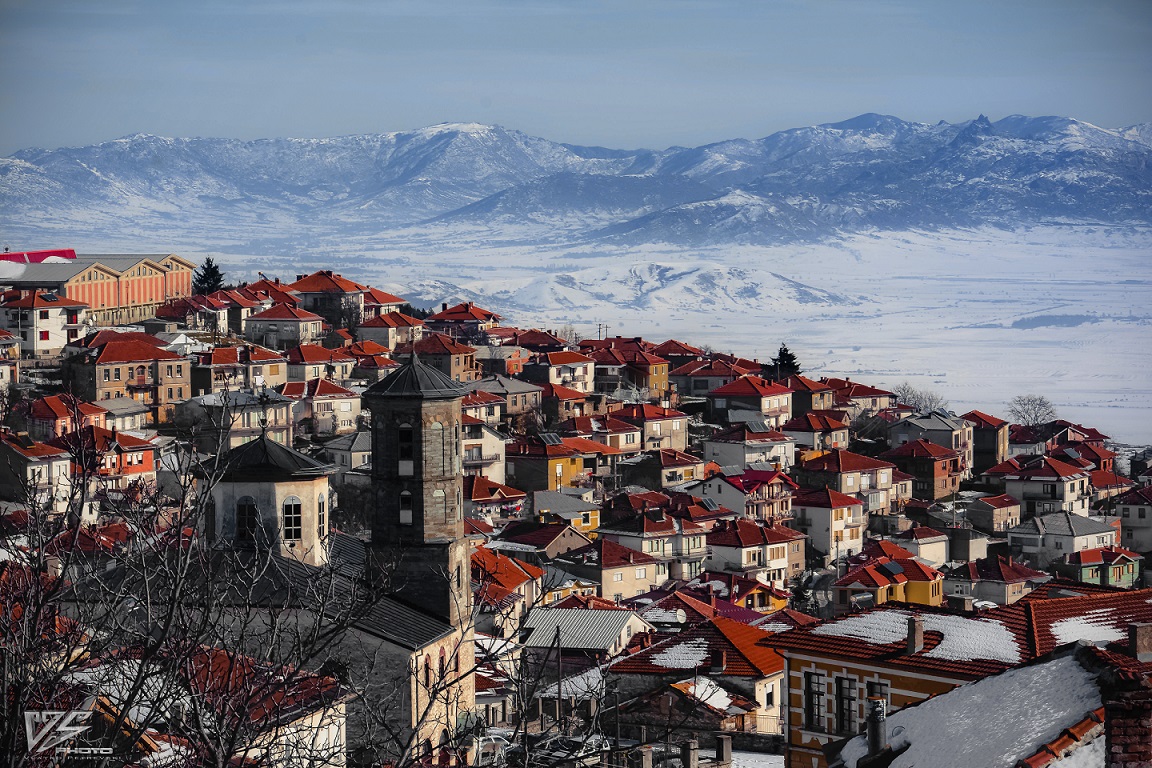 It is already December and the winter magic is on the way. How many of you are dreaming about a winter fairy tale? Skiing or snowboarding during the day and then relax with some hot tea by the fireplace while the snowflakes are falling down – it looks like the perfect winter holiday that you can have if the road takes you to Macedonia. The country that is famous for the beautiful mountains and breathtaking winter landscapes. Here you can read more about the places that we suggest to visit in Macedonia during your winter holiday.

The National Park of Mavrovo is one of the three National Parks in Macedonia. It is very interesting destination because it is only 100 km distant from the capital – Skopje. If you are traveling to Macedonia in winter time, this is the right place to be. It is situated in the western part of the country on the slopes of the mountain Bistra. Mavrovo is one of the most famous and important ski centers in Macedonia, very well equipment for skiing, snowboarding. Here there is also possibility for night skiing. If you don’t like skiing or any winter sport, you can just chill out in one of the mountain refuges, drink a hot tea or hot chocolate and watch the snowflakes falling down.

The ski season here starts in November and lasts until April. The average snow cover during winter is around 70 cm. In winter time there are different competitions in skiing and snowboarding. At night there are also few clubs and winter parties around. This is one of the most famous winter destination for lot of young people, especially during weekends. You can also walk by the frozen lake and see one of the most famous and unique churches in Mavrovo, the church of St. Nikola, in the middle of the lake.

Popova Shapka is situated in the heart of the Shar Mountain on 1.700m and only 60 km far away from Skopje. Popova Shapka or like locals say only Shapka is another place where you should be during winter. This is the oldest ski center in Macedonia, and right here in 1947 there was held the first international alpine ski competition in the Balkan region.

There is also an interesting legend about the name of Popova Shapka, that in english means “the hat of the priest”. The legend says that in the past there was a priest that lost his hat and nobody could found it, but in the end some people started to say that the hat was on the peak of the mountain, because the peak was looking like a hat. You can easily reach Shapka by car or public transport. This winter destination is mostly visited by people who live in Skopje, and Tetovo (the closest city to Popova Shapka). Compared to Mavrovo maybe is less touristic and less crowded, but still is nice place if you love winter sports and snow. Here also you will find hotels and mountain refuges where you can have some hot drink and relax after long day skiing.

Krushevo is a small city in the western part of Macedonia around 200 km far away from Skopje. It is situated on 1350 m what makes it the highest city in the Balkans. The city is very unique and picturesque, from above it looks like a postcard full with windows, balconies and roofs, so in winter time it is even better, with snow-covered roofs and it looks like a place from the fairy tale.

If you are looking for more relaxing winter holiday, where you can explore between history, culture, museums, churches, food and winter sports, then Krushevo is the right place for you. In the immediate vicinity of the city there are ski terrains for alpine skiing, a cable car that starts from the city center and two ski lifts.

The city of Berovo is only 180 km far away from Skopje. This is another small city in the eastern part of Macedonia, located in the heart of the region Maleshevo. Local people call it also “the little Switzerland” because of the nature and the beauty that this place has throughout the year. Maybe here there is not a big choice to do different winter sports but still you can enjoy the winter doing some trekking around the lake, learning something more about the tradition or simply enjoy some local dish by the fireplace. Very good destination also if you like landscape photography.